An average of 16,500 car accidents occur daily across the United States. In the blink of an eye, a rear-end car accident can completely turn one’s life upside down by causing life-altering injuries. Such an event can leave one lost as to what to do next, scared as to the daunting recovery process that lies ahead, and confused as to where to even begin. Some insight into the expected process of legal settlements may aid you or a loved one in making important decisions following a tragic accident.

In Louisiana, a car accident resulting in an injury, death, or property damage resulting in over $500 requires the parties by law to contact the local police department. Following the accident, an injured party should seek legal assistance. This will significantly offset the post-accident burdens of both filing a claim with the negligent party’s insurance company and gathering  supporting evidence like medical examinations, photos, and witness testimony.

Further, an attorney can file suit against a negligent party, thereby holding that party liable for their actions. The lawsuit must be brought within 1 year of the date of the accident or else the claim is forever lost. Once the legal process begins, parties will work tirelessly to reach what is known as a settlement. A settlement resolves the dispute by dropping the claim before reaching trial in return for a monetary compensation. Settlement processes can last anywhere from a few months to a few years depending on the severity of the injuries and the accident. In the settlement process, the injured party seeks recompense for physical pain and suffering, repair or replacement of their car, medical expenses, mental anguish from the accident, lost wages, as well as other forms of damages.

END_OF_DOCUMENT_TOKEN_TO_BE_REPLACED

A Macy’s Department Store in Metairie recently became the subject of a premises liability action filed by a customer who reportedly slipped on a rug while shopping in the store.

The plaintiff reported that, in early December of 2013, she tripped and fell on a rug that was placed on the floor. As a result of her fall, the plaintiff claims that she injured her knee in the process. Attorneys for the plaintiff claim that the placement of the rug “created and represented an unreasonable risk of harm,” as well as demonstrating the merchant’s failure to properly inspect the premises and maintain a reasonably safe condition. The plaintiff seeks over $50,000 in compensatory damages.

The plaintiff’s lawsuit falls under the recognized theory of liability known “premises liability.” Premises liability against merchants is recognized in Louisiana and governed by Louisiana Revised Statutes 9:2800.6. This statute provides: “A merchant owes a duty to persons who use his premises to exercise reasonable care to keep his aisles, passageways, and floors in a reasonably safe condition. This duty includes a reasonable effort to keep the premises free of any hazardous conditions which reasonably my give rise to damage.”

END_OF_DOCUMENT_TOKEN_TO_BE_REPLACED

Operating in violation of both the Clean Water Act (CWA) and the Outer Continental Shelf Lands Act (OCSLA), ATP Infrastructure Partners LP (ATP-IP) has agreed to pay a $1 million civil penalty to settle a federal lawsuit over illegal discharges of oil and chemicals from an oil platform in the Gulf of Mexico.

The lawsuit, instituted by the United States, was resolved by way of joint judicial enforcement action involving the Environmental Protection Agency (EPA), the Bureau of Safety and Environmental Enforcement (BSEE), and the Justice Department.

In its complaint filed in the U.S. District Court for the Eastern District of Louisiana, the United States alleged that ATP-IP “violated Section 311(b)(3) of the CWA when oil and other pollutants were discharged into the Gulf of Mexico from the ATP Innovator.” Violation of this provision in the CWA opened up ATP-IP to possible civil penalties. The United States also urged that ATP-IP was liable for injunctive relief under OCSLA, “as the owner of the ATP Innovator … [for] hidden piping configuration [that] was being used to inject a chemical dispersant into the facility’s wastewater discharge outfall pipe to mask excess amounts of oil being discharged into the ocean.”

END_OF_DOCUMENT_TOKEN_TO_BE_REPLACED

Here is an interview with Broussard-David attorney J. Derek Aswell with The Advertiser: 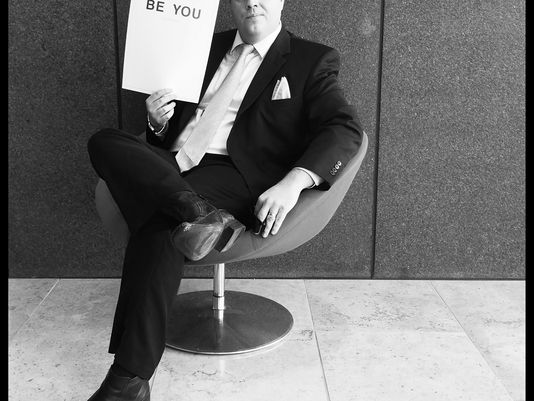 As Halloween approaches, I’m reminded of a story I was told growing up–a story that has spread like wildfire and survived the ages. It’s the story of a young child, happily trick-or-treating in his neighborhood and too fixated on his chocolate, sugary boon to care about any potential for harm. As the young child explores his neighborhood, bouncing from home-to-home, he approaches one residence that has opted to hand over candied apples to its trick-or-treaters instead of candy. The young child approaches the home, receives his candied apple in exchange for his promise not to “trick” and then scampers off to his next target home. Later that night, inspecting his bounty, the young child discovers a razor blade in his candied apple–a razor blade that, had he bitten down on it, would’ve caused him serious injury. Those of you reading this are tempted to relegate this story to “urban legend” status, a story designed to scare children into safer Halloween habits. However, I instead encourage you to think about this scenario as a basic, yet well-recognized example, of Products Liability law.

The area of tort law known as Products Liability deals with rights, duties, obligations, and standards associated with the distribution and safety of products. That is, manufacturers are liable for the personal injury or other damage caused by their defective product. Intuitive as it may sound, this was not always the case. Before Louisiana extended this right to injured plaintiffs–the right to seek remuneration for personal injuries caused by defective products–courts often denied injured plaintiffs’ claims due to the legal doctrine of “privity of contract.” Under this doctrine, courts conceived products liability to be a contractual matter, and recovery against the seller was rooted in contractual remedies. Accordingly, this “privity” required that the defendant-manufacturer be a party to the contract of sale in order to provide remedies outside of the law of contracts. Since manufacturers rarely sell their products directly to customers, but instead sell them to retailers who distribute them to the public, manufacturers were often shielded from liability.

Gradually, the conception that products liability was restricted to the realm of contracts started to erode. For example, the Restatement of Torts adopted a provision “providing limited strict liability of the manufacturer of a product for the personal injury damages caused by a defect in the product.” This approach to products liability was later adopted by the Louisiana Supreme Court in Weber v. Fidelity & Cas. Ins. Co. of NY, 250 So. 2d 754 (La. 1971), which provided for manufacturers’ strict liability in tort for their defective/injurious products.

END_OF_DOCUMENT_TOKEN_TO_BE_REPLACED

A 20-year-old Tennessee fan was killed after he fell over an escalator railing in the Georgia Dome. Another fan fell five stories to his death at the Texas-Vikings game in Houston last week. Police suspect both fans had consumed alcohol before falling.

Escalator accidents are becoming more common in today’s fast-paced world. Falls are the leading cause of escalator-related deaths and injuries in the U.S. Even with user misuse, falls can be caused by a defect in the escalator’s design. For example, an escalator may be defective if the designed railing is not high enough to keep riders secure.

END_OF_DOCUMENT_TOKEN_TO_BE_REPLACED

An elevator malfunction at the Chateau Bourbon Wyndham in New Orleans injured a Mississippi woman. When returning to her car in the hotel parking garage, the elevator stopped between the 3rd and 4th floors, trapping Jackson inside. In addition to enduring extreme heat while trapped inside, Ms. Jackson suffered fear, anxiety, and severe emotional distress. She also fell trying to get out of the elevator, causing further injury. Ms. Jackson is now seeking relief in Orleans Parish Civil District Court.

Property owners have a legal responsibility to ensure their premises are reasonably safe for guests and visitors. Premises liability is an area of the law that holds landowners responsible for the injuries of third parties under certain circumstances. In addition to elevator malfunctions, premises liability can arise on both commercial and residential properties and can include slip and fall injuries, parking lot injuries, and foreseeable criminal acts of third parties.