END_OF_DOCUMENT_TOKEN_TO_BE_REPLACED

Based on Pennier, et al. v. Morton Int’l, et al., 2011 WL 6160207, (W.D. LA 6/24/2011), the attorney representing the family of the deceased worker, Blake R. David of Broussard & David, LLC, escaped Worker’s Compensation exclusivity by establishing, through employee and manager testimony, Morton employee knowledge that its employees had used illegal bolting practices for a substantial time before the Salt Mine’s roof collapsed. Morton’s employees were required by law to routinely check and accurately record the torque on salt mine roof bolts with a torque wrench in order to avoid roof collapse. However, Morton’s employees forged bolt torque forms with made-up findings without ever checking the bolt’s torque, and then lied to Mine Safety and Health Administration (MSHA) government inspectors about their bolting procedures to avoid citations. Later, reports from MSHA found that the roof collapse causing the miner’s death resulted from poor installation methods in the bolting procedures by Morton’s employees. Broussard & David’s litigation discovery led to the alleged fraud findings.

END_OF_DOCUMENT_TOKEN_TO_BE_REPLACED

In a recent landmark, unanimous opinion, the United States Court of Appeals for the Fifth Circuit ruled in favor of environmental justice for Louisiana and to hold the oil and gas industry accountable for the devastating effects of Big Oil on the fragile Louisiana coast, coastal parishes, and ecosystems.  The court rejected the motion to place coastal lawsuits under the jurisdiction of the federal judiciary, and these cases will fall under the jurisdiction of Louisiana state courts, effectively moving cases previously bogged down by seven years of delays quickly to trial. Richard Broussard, of Broussard & David in Lafayette, LA co-represented the Louisiana coastal parishes alongside John Carmouche of Talbot, Carmouche, and Marcello in Baton Rouge.  As the opinion was released, Broussard counted it “as a huge step forward for the citizens of Louisiana and all those who value the future of our environment.”

Environmental justice crusader, Ret. Lt. General Russell Honore, who has devoted his post military career to lead Louisiana’s charge for environmental protection, was equally impressed with the court’s decision for accountability for the nearly 25 billion dollars in catastrophic damage that has been caused by oil and gas in Louisiana.  Honore shared with Bayou Brief earlier this week, “Big Oil is no longer the sacred cow in Louisiana.  They need to clean up the mess, abandon the wells and pits, and pay for the decades of pollution of our wetlands.  Big Oil owns the (state) legislature, with their flag over the Capitol, but as courts proved in the BP case, these companies can and should be held accountable.”

LSU professor and spokesperson for protection of Louisiana’s coasts, James Carville called the court’s opinion “The best day Louisiana has had in the 21st Century.”  This monumental ruling is noted as the 85th failed attempt by oil and gas companies to divert lawsuits from Louisiana state courts.  This is the first opinion issued on the matter by the right-leaning Fifth Circuit, and Carmouche relayed to the Bayou Brief, “For our coastal parishes to have won in this court, the fact the vote was 3 to 0 in favor of the coastal parishes of Louisiana, and the fact that all three judges who voted to give our state courts the authority to determine the future of coastal Louisiana are appointees of President Trump demonstrates the restoration of Louisiana’s coast is not a partisan issue, but an issue of law and equity.” 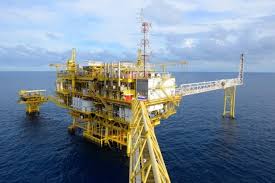 On January 6, the attorney for the Dudek family, a couple who tragically lost their child due to the tip over of a popular dresser from IKEA, announced a settlement of this matter. IKEA settled for $46 million after the toddler was crushed to death when the dresser toppled over on top of the child. This dresser has been appropriately recalled after at least five other children were killed. This is not the first settlement with these circumstances ending in this tragedy. In 2016, Ikea settled with three families in eerily similar circumstances for $50 million.

The current case arose when the Dudeks sued IKEA arguing that the company knew this furniture line was prone to tip over and fail to warn customers. In an effort to mitigate this problem IKEA offered a wall anchoring kit before issuing a full recall of the dresser line.

The Dudeks purchased the dresser in 2008, but claim they never got an alert about the recall. On May 24, 2017, Mr. Dudek went into his son’s room to find him trapped beneath the 70-pound IKEA dresser. Joseph passed away from asphyxia after being smothered and choked by the tip over.

END_OF_DOCUMENT_TOKEN_TO_BE_REPLACED

The last communication was about ten minutes before the helicopter was expected to land. Unfortunately, the crew did not reach their destination.

END_OF_DOCUMENT_TOKEN_TO_BE_REPLACED

Lafayette Consolidated Government, in partnership with Bike Lafayette and Broussard & David, LLC, will host the second annual Bicycle Safety Festival on Saturday, May 20 at Parc Sans Souci from 9 a.m. until noon.

Bicyclists of all ages are invited to participate in the free event which will feature bicycle safety instruction, bike helmet fitting, and bicycle inspections.

“The aim of this event is to help cyclists and motorists become more knowledgeable about bicycle safety and the rules of the road,” said Lafayette Mayor-President Joel Robideaux. “As Lafayette embraces a more bicycle-oriented mindset, bicycle awareness is becoming even more essential. Through this approach, we can make the roads safer for all users.”

END_OF_DOCUMENT_TOKEN_TO_BE_REPLACED

BATON ROUGE — Today, Gov. John Bel Edwards announced his appointments to the Board of Regents.

“Our institutions of higher education continue to face financial challenges that make the work of the Board of Regents more critical than ever as we continue our efforts to stabilize the budget and provide more predictable funding for our colleges and universities,” said Gov. Edwards. “The appointees I have named to the board bring an array of professional and educational expertise from higher education institutions across Louisiana. I am looking forward to working with them to build a brighter future for Louisiana’s students.”

The following appointments will be effective on January 1, 2017:

END_OF_DOCUMENT_TOKEN_TO_BE_REPLACED

Lafayette, Louisiana – The National Board of Trial Advocacy (NBTA) is pleased to announce that Blake R. David of the law firm, Broussard & David, LLC has successfully achieved Board Certification as a Civil Trial Advocate. The NBTA was formed out of a strong conviction that both the law profession and its clients would benefit from an organization designed specifically to create an objective set of standards illustrating an attorney’s experience and expertise in the practice of trial law.

Blake R. David joins a growing number of trial attorneys that have illustrated their commitment to bettering the legal profession by successfully completing a rigorous application process and providing the consumer of legal services with an objective measure by which to choose qualified and experienced legal counsel.

The elaborate screening of credentials that all NBTA board certified attorneys must successfully complete includes: demonstration of substantial trial experience, submission of judicial and peer references to attest to their competency, attendance of continuing legal education courses, submission of legal writing documents, proof of good standing and passing of rigorous written examination.

END_OF_DOCUMENT_TOKEN_TO_BE_REPLACED

A three-judge panel from the FirstCircuit Court of Appeal affirmed the trial court’s ruling finding the Louisiana Department of Transportation and Development at fault for the severe injuries suffered by Evelyn “Joy” Menard when her vehicle struck an out-of-service signal wire hanging under the Essen Lane overpass.

The accident occurred in 2004 but the wire had been hanging under the I-12 bridge for decades, having been installed by the DOTD in 1967 and decommissioned in 1976. The wire had sagged over time and, by the time of the accident, was low enough that it was pulled down by a passing 18-wheeler.  Ms. Menard was travelling behind the 18-wheeler and her car became entangled in the downed wire, pulling her vehicle violently sideways, injuring her lower back and leaving her totally disabled.

At trial, DOTD acknowledged that following the decommission of the signal in 1976, it had no record of inspecting or servicing the wire, the pole, traffic signal, or any other component part of the signal governing the entrance to the intersection where the accident occurred. Ms. Menard’s expert testified that DOTD’s abandonment of the wire without inspection or any effort to maintain it rendered the wire unreasonably dangerous, especially in light of the risk of  the wire sagging over time.

END_OF_DOCUMENT_TOKEN_TO_BE_REPLACED

Two Baton Rouge siblings were killed last week when their vehicle was struck by an oncoming train. Byron Henderson, 41, and Myra Henderson, 42, were driving their SUV westbound on Dorcy Road in White Castle, LA when it came to a complete stop while atop of the railroad tracks. The crossing is not outfitted with warning lights or crossing guards.

Union Pacific, the owners and operators of the train, allege that the train’s horn was blown continuously for  forty seconds prior to the collision. The Iberville Sheriff’s Office is still looking into why the vehicle was parked on the railroad tracks.  Investigators are hoping that footage from the train’s front-mounted cameras will shed more light on this event.

Union Pacific is cooperating with the Sheriff’s Office by conducting their own investigation into the events of that day.  While it is not currently know what speed the train was traveling at the time of impact, Union Pacific spokesperson Jeff DeGraff confirmed that their trains’ speed is limited to 60 mph in that area.