A lawsuit has been filed against the St. John the Baptist Parish School Board as a result of potentially carcinogenic emissions from a nearby neoprene manufacturing plant. The plant, located in Laplace, Louisiana, is one of only a few in the country that produces polychloroprene, a solid substance used to make adhesives, automotive or industrial parts, coatings, dipped goods, neoprene wetsuits, and the like. Consequently, however, manufacturing plants of this kind emit into the air a gaseous form of the liquid chemical chloroprene, which the Environmental Protection Agency has deemed to be a “likely carcinogen”.

The chemical plant has been owned by Denka Performance Elastomer since 2015, but it was formerly owned by Dupont Performance Elastomer who operated the plant since 1969. The specific health effects of chloroprene are not definitively known; however, many local residents are concerned that they are at risk. These fears have been previously articulated in lawsuits against Denka, but now those fears are directed at the school board. According to the case, which was filed by a parent whose child attends the school, “There is presently and has been for years a very serious health hazard and/or life-threatening health hazard to the children/students who attend school at Fifth Ward Elementary School.”

In response to the suit, the EPA established six monitoring stations around St. John Parish, one of which was located at the school in question, and data confirmed the suspicion of high chloroprene levels at the school. Denka, however, maintains the position that chloroprene is being wrongly depicted as a harmful chemical. According to the 2015 National Air Toxics Assessment also conducted by the EPA, St. John Parish residents have the highest risk of cancer from an airborne pollutant, but it is unknown if this risk is due to chloroprene or some other cause. With more research being conducted by the day, the parish school board is determined to prove the safety of its students.

END_OF_DOCUMENT_TOKEN_TO_BE_REPLACED

Several major oil companies, including Chevron, ConocoPhillips, and Shell Oil, were recently named as defendants in a lawsuit filed in Gretna, La.  Hiemie Payne filed suit in the 24th Judicial District Court, alleging failure to inform the plaintiff of danger, failure to mark an area as dangerous, and overall negligence and carelessness.

The complaint states that Payne was an employee of Commercial Pipeline Services for three years during the 1980s.  During that time, he fulfilled a number of duties for the named companies, and was allegedly exposed to dangerously high levels of radioactive scale from products manufactured by the defendants.  Also, Payne claims that he was further injured due to the exposure to radiation in the form of aerosolized dust.

Suits of this nature pose a unique challenge, as plaintiffs must prove specifically which defendant caused him injury at what time in order to get a satisfactory verdict.  It is made that much more difficult that it took place three decades ago. The attorneys at Broussard & David have the knowledge and experience necessary to handle cases of this nature and will fight to obtain fair compensation for your injuries. If you or a loved one has suffered harm because of the fault of another, contact the attorneys at Broussard & David to discuss your legal rights at (337) 233-2323 (local) or (888) 337-2323 (toll-free).

An Oklahoma woman has filed suit against Rolls-Royce over the death of her husband, alleging that the engine of the helicopter he was piloting was defective and caused the fatal crash.

Collen Ricks of Grady County, Oklahoma, along with her two minor children, sued the Rolls-Royce Corporation on March 30 in the United States Court for the Eastern District of Louisiana.  The complaint alleged that the defendant aircraft engine provider defectively designed and/or manufactured turbine systems that would develop cracks in the exhaust system.

According to the suit,  Brandon Ricks was piloting a Model 206 L-1 Bell Helicopter on a public use flight near Saucier, Mississippi pursuant to a contract with the U.S. Forest Service.  At some point during this flight, the helicopter suddenly lost power, causing the fatal crash in question.

END_OF_DOCUMENT_TOKEN_TO_BE_REPLACED

On March 29, suit was filed in United States District Court for the Eastern District of Louisiana by Kathryn Swanson, both individually and as special administrator of Denis I. Swanson, her late husband.  Swanson has alleged breach of duty and negligence on the part of McDermott International Inc. and McDermott Inc., claiming that they are at fault for the death of her husband.

According to the suit, Denis Swanson work on derrick barges owned by the defendants and was under their employ for approximately twenty years, from 1977 to 1997.  The suit posits that it was during this time that Swanson was exposed to asbestos, suffering personal injuries and eventually death due to the negligence of the defendants and the unseaworthiness of their vessels.

END_OF_DOCUMENT_TOKEN_TO_BE_REPLACED

Several corporations and other defendants have been taken to court by a New Orleans woman who claims to have developed ovarian cancer after using defendants’ products.

Paula Jackson filed suit in the United States District Court for the Eastern District of Louisiana New Orleans Division on March 16, naming Johnson & Johnson, Johnson & Johnson Consumer Companies Inc., Luzenac America Inc., Rio Tinto Minerals Inc., John Does/Jane Does 1-30, and other businesses and/or corporations, whose identities and involvement are as of yet unknown, as defendants.  The Doe defendants are representatives of the corporations whose conduct allegedly caused or contributed to the damages of the plaintiff.

The issues of this case primarily revolve around products containing talc, which defendants Johnson manufactured and defendants Luzenac and Rio have continually marketed as safe for human use.  From about 1974 to 2015, Jackson applied defendants’ products to her groin for feminine hygiene purposes, which is a foreseeable use of such products based on their advertising according to the suit.  On September 27, 2015, Jackson was diagnosed with ovarian cancer at the age of 62.  Prior to this diagnosis, she allegedly did not have any of the risk factors normally associated with such a disease.

END_OF_DOCUMENT_TOKEN_TO_BE_REPLACED

GlaxoSmithKline LLC, the makers of Zofran, have been sued in federal court by a couple claiming that taking Zofran during pregnancy caused birth defects in their son.

Sicily Lafleur and Justin Lee Thibodeaux, both individually and as parents and natural tutors of their son, Kaden L. Lafleur, a minor, filed suit against GlaxoSmithKline LLC on February 23 in the U.S. District Court for the the Western District of Louisiana, Lafayette Division.  The claims cited are negligence, misrepresentation, fraud, and breach of implied and express warranty.

According to the suit, Lafleur was prescribed Zofran in the beginning of her first trimester to alleviate morning sickness by her health care provider in Lafayette.  The product of that pregnancy, Kaden L. Lafleur, was born on November 7, 2012, with congenital heart defects.  The plaintiffs allege that these defects are a direct and proximate result of Kaden’s prenatal exposure to Zofran.  As a result of these defects, Kaden purportedly required surgery immediately after birth as well as extensive follow-up treatments.

END_OF_DOCUMENT_TOKEN_TO_BE_REPLACED

Another lawsuit has arisen from the Deepwater Horizon oil spill in 2010, this time stemming from the cleanup of the aforementioned accident.

Piacun was hired as a vessel captain in April 20, 2010, in response to the BP oil spill.  While he was employed from June 2010 to December 2010, Piacun claims BP negligently exposed him to dermal and airborne chemical compounds that are generally accepted to be toxic, volatile, and carcinogenic.  The suit states that, as a result of this exposure, Piacun “developed psychological, dermal, respiratory, and cardiopulmonary complications.”

END_OF_DOCUMENT_TOKEN_TO_BE_REPLACED 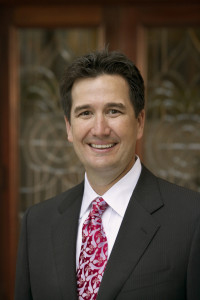 END_OF_DOCUMENT_TOKEN_TO_BE_REPLACED

A class-action suit has been filed against Blue Bell Creameries relating to the listeria outbreak in their products.  The event lead to a product recall in March.

Steven J. Leon, of Hammond, Louisiana, brought a class-action suit against the company, alleging negligence, redhibition, breach of warranty, and unjust enrichment.  The suit’s putative class consists of upwards of 100 members and the amount in controversy exceeds $5 million.

The accompanying complaint posits that consumers who purchased Blue Bell products between March 13 and April 20 are entitled to damages because Blue Bell purportedly failed to provide adequate notice of the recall.  The recall was posted on the Blue Bell website on or about March and April, but, according to the suit, the company had had positive test results for a potentially lethal bacterium since 2013.